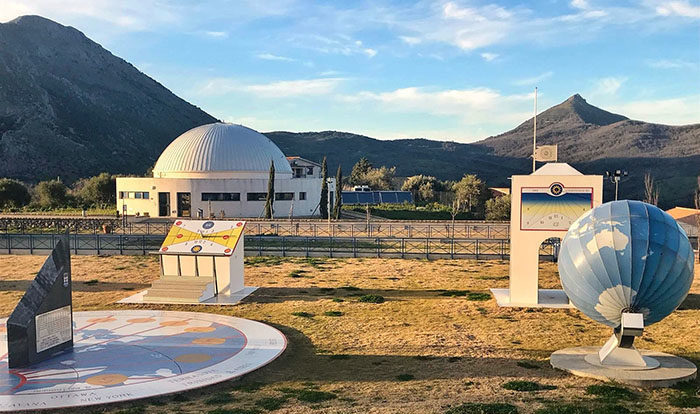 Posted by admin Parks and museums No Comments

Just 3 km away from the Feudo Galefona Agritourism, in the suggestive village of Isnello, there is the Madonie Astronomical Park – Gal Hassin.
The Astronomical Park was born to serve a definite purpose: appreciating the “sky” for its value, as an environmental good and as a resource as much as the most beautiful naturalistic realities present within the district.
Isnello has become a point of reference for the scientific community with regard to the observation of the sky, for its clarity and for its remoteness from “polluting” light sources. All these features, create the perfect environment for observing galaxies, stars, “space debris” and let you lose yourself from the immensity of the universe.
Each year the administration of Isnello, awards the “Gal Hassin Prize” to scientists who have made an outstanding contribution to astronomical science research. It deals with an embroidery on a net of gold thread, that depicts a spiral galaxy. The award was given to scientists like Margherita Hack and George Fitzgerald Smoot III, Nobel Prize for Physics in 2006.
The quality of the “night sky” of Isnello is an integrated value for the promotion of the territory but, this beautiful village is also famous for the handicraft and for the delicacy of its cuisine. Therefore, it would be a sacrilege visiting the village and not to taste, for example, the black pork sausages, lamb castrated or other specialties. So, don’t miss it!